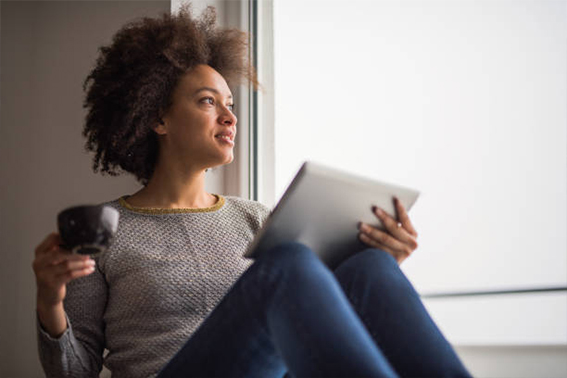 They say if you keep doing the same thing over and over, you will continue to get the same result. But what about when you do something different and still get the same result? That had been my reality for years. I would want to change, try change, then give up on change, and therein laid the problem. I never did the unthinkable and actually gave change a chance. In my head, I wanted instant change, which to be fair was quite unrealistic. Had I stuck at change, today, my life would be very different, but they also say its never too late to change, so here’s to hoping that saying is true also.

I have lost count of the number of times I’ve committed to something, then uncommitted to it just as quick, surely I’m not the only person in the world battling with a commitment to lack of commitment? Well a few weeks ago I decided to do the unthinkable and not just commit to a challenge, but to make myself accountable on social media of all places! And this blog is the result of that commitment.

An Unveiling Of Minds..

Its Sunday evening and I’m sat on my sofa with the TV on live pause watching but not watching a recorded episode of Strictly Come Dancing, when what I really want to be doing is relaxing, without a care in the world, everything in place for tomorrow and no pressure. But there is pressure, the pressure to not give in to the voice encouraging me to do the unthinkable.

For years my natural default was set to kick in at this point and convince me to put off what I needed to do today, until tomorrow, especially on a Sunday, but having served my natural default its papers a while back, I have no choice but to replace it with something different, and its the something different that is challenging me right now. Recently I have made some major changes in my life in an effort to change areas of my mindset, a process that has been crucial in the management of my depression, a process that has also highlighted the extensive damage caused to my mind by years of mental abuse.

Change is scary, doing the unthinkable is challenging, doing something different is hard, but it is also rewarding. Somedays, I literally feel my natural default coming into play, and have to make a point of doing the complete opposite in order to combat it. I am also learning to stretch my mind through active thinking time because years of negative thinking has kept my thoughts confined within the four corners of a box. Outside of the box lay a world of positivity and now the walls have come down, I have to learn to think positively in ALL areas of my life. I am doing this by taking my limited thoughts and purposely making them bigger.

A prime example was yesterday, I was at an event and we were being asked to write down how much money we wanted to be making per month in five years time, I put down £10,000, while others around me where going higher, when I checked myself I realised my fear to go higher was based on the fact that I did not think it was doable, but in reality would have loved to be earning more and have the potential to do so. When I caught myself I had to stop and put down what seemed like an unrealistic figure. I was amazed at the blankness of my mind, unable to see past a certain point. This was serious stuff. My mind had not only reached its capacity it was refusing to budge.

I could feel myself starting to feel overwhelmed, I was becoming uneasy, natural default wanted to kick in, but with it came a host of recognisable negative emotions. I literally had to stop, hold my head, and do the unthinkable, which was to stretch myself to think outside of the box.

Its no secret that our thoughts determine our emotions and our emotions dictate our actions and my settings were built on “I can’t” and not “I can”, “I’ll do it tomorrow” and not “I’ll do it today”. By training myself to change the way I think it’s opening my eyes to just how negative my life was and the negative force attached to those emotions. 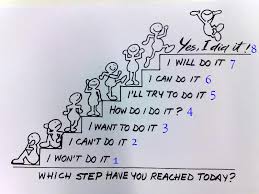 I refuse to say the journey is a hard one because, the rewards are amazing. Likewise, I refuse to complain about the sacrifices because without them nothing would get done. My new way of thinking is exposing me to a whole new world and stretching me in the process. It has also helped me see how much procrastination dominated my life, how much I drifted along and how many things got done by chance instead of on purpose.

It has exposed the amount of time I have wasted due to poor planning and failure to execute my goals due to the way I was feeling on a day-to-day basis, and that is the reason why I am sat here doing the unthinkable, writing this blog on a Sunday evening, because if I don’t execute the goal I set myself, I will end up feeling low and defeated, and that was part of my old life.

I have to laugh because even as I’m sat here writing there is a temptation to leave it till tomorrow and relax because it’s Sunday, but the mind is a powerful thing and open to change. The goal was a minimum of one blog, every two weeks and today is the end of the first two weeks, so even if it’s not published until tomorrow, it has to be completed today!

If you don’t commit, you will continue to quit

Today also marks the end of the first part of my 10-week challenge. I set myself a challenge to wake up every day at 4am to do a minimum of one hour of writing before my early morning devotion at 5am. I gave myself two weeks to complete a new chapter for my second book that I have been writing for the past 13 years, setting myself goals but never seeing them through. If I can an achieve one chapter every two weeks till the end of 2018, not only will I have got through a good few chapters, I will also be on target for getting the book published next year and in the process strengthen my discipline for writing.

Well…. I have stuck to the plan, rising early every morning, and even putting in extra time. Yesterday I checked into my local hotel lobby around 6pm for what should have been a couple of hours work. I was still there at 11pm refusing to leave until I’d completed the chapter.  I realise to some this may seem like a small feat, but I have been trying to commit to writing on a Sunday afternoon for years unable to stick at it, so this is good stuff. By planning and sticking to the plan I managed to get more writing and other work done during an extremely busy two weeks of making cakes than ever before and feel fantastic for it! As John Maxwell said, “Make Today Count”

The energy from achieving my writing goals is helping me in other areas too, causing me to commit to the process in other areas of business with an “I can” do attitude instead of a defeatist one. I am learning to protect my mind from negative thoughts of any kind, the mere suggestion of one alerts a reaction within.

Yes, its challenging, yes, it’s new and I am happy. There is no point setting goals if you’re not going to execute them. The more I do the more I realise how secluded my thinking has kept me. When the bible said “As a man thinketh in his heart so he is” it was on the money!