Inside Out – Show Me What I’m Made Of 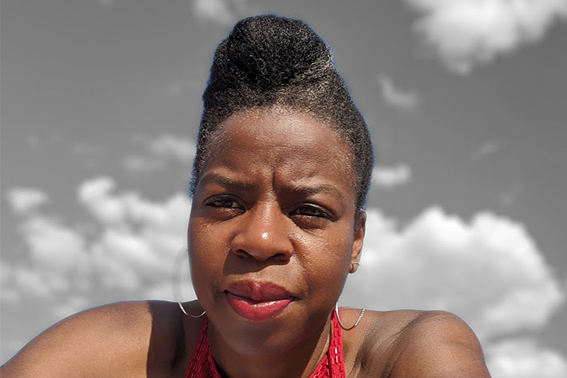 I’ve been trying to write this blog for over 3 weeks now, and its delay has not been down to procrastination, but rather the universe’s way of saying “Ok, let’s see what you’re made of”

The past 3 weeks have been trying, tiring and irritating. In the past I allowed work and other so-called pressing engagements to get in the way of my goals. How and why? Because my goals were merely dreams I spoke about but did nothing about.

Today, my dreams are no longer thoughtful daydreams that drift in and out of my mind, they are real-life goals with blood, sweat, mental drive, motivation and a whole load of refusing to give up or give in attached them.

The year kicked off with a decision to change more areas of my mindset. The only thing on the menu was “No Negativity” If you have been reading my blogs you will know I put in some serious work and invested some hardcore cash too. I was on the winning side. But as you well know, there comes a time when our commitments and goals are challenged, but what happens when that challenge comes from a good place?

I returned to work to launch a new online product and did such a great job, sales went through the roof! Great, but increased sales with not enough staff meant putting in hours that were assigned to my personal goals, which for the first time in my life, created a problem for me.

As frustrating as it was, it was a good feeling to find myself angry with the way in which my personal stuff was taking a backseat to someone else success because, in the past, this wouldn’t have bothered half as much as it was now. Back then I was a dreamer who was content on just dreaming. But now my dreams had actions, plans, deadlines and accountability attached to them and this was creating a problem, a very big problem.

Not all time sealers will come packaged in negative distractions or Netflix box sets! Most of them come beautifully packaged in sweet innocent boxes with the words important, family, husband, wife or even life-threatening plastered all over them, just in case we didn’t get the message at first glance.

I had received the message loud and clear, and I didn’t care what was written on the label! All I saw was the words “Time-Stealer”

For 21 days, I worked my socks off for someone else, all the while feeling the impact it was having on me emotionally, physically and mentally. The more they ate into my time, the more important my stuff became.

By the end, of week 2 I was emotionally and mentally drained, not to mention physically shattered!. I couldn’t think or create and had to give in and accept that it was physically impossible for me to manage both plates and the only way to get back on track was to put my stuff on hold for another 7 days, while I organised adequate staff for work.

I was ANGRY with life interference to my schedule.

I was so driven, I considered giving up my job just so I could get back on track. Externally those around me saw a tired Jemma eager to get back to her plans, but internally I was experiencing a whole host of emotions that required serious navigation!

Recognise the thought attached to the emotion. Thinks about what you are thinking about. Challenge the thought. Apply the truth.

For years my old thoughts had had their own way. They were used to me starting, but not finishing. They were used to losing the odd battle, but ultimately winning the war. They had positioned themselves comfortably, ready to take home the trophy, but they had underestimated my commitment to my commitment, my refusal to give in. My defiant suborn nature that would not back down in the face of opposition.

Naturally, I wanted to be the star pupil, I didn’t want to play catch-up or watch the replay tutorial videos, I wanted to be part of the live audience. Once I had established that after week 3 I would be back on track and set things in place so work never gained the higher plane, the hardest part of my journey was not beating myself up, feeling defeated or guilty.

Even with plenty of support and opportunities to catch-up, my mind sought to realign itself with its old thinking patterns, sending messages to inform me that I had not done what I set out to do and therefore I had failed. Each thought was backed up with an onslaught of heavy, negative emotions that reminded me of my past.

Had I not been aware of their tactics or had my own mental combat system in place, rest assured I would have made the mistake I made for 35 years, focused on the suggested thoughts, digressed under the pressure and ended up so depressed, I would have given up under the weight of discouragement and felt angry or doing so.

Another thing that kept me focused was understanding my purpose, goals and destiny will meet opposition. It is my job to override each attack. When my mind suggested giving up, I was reminded of the new ways I’ve learnt to fight and stay focused. Never before had I been so passionate about my future. Instead what was evident was how lazy and easily led by emotions I had been in the past.

I may not have liked the route of this lesson or the disturbance to my plans, but I am encouraged by the outcome. It shows how much I’ve changed in a short span of time, just by staying committed to the commitment I made in January.

Expect To Be Challenged

Today was supposed to be a day committed to playing catch-up. Instead, it has been met by even more opposing challenges. Some have been discouraging. But yet again I have seen my determination and drive kick in, which is where I have chosen to draw my strength from and lay my focus.

Expect to be challenged, because you will. I hit the floor running, so emotionally my attacks have hit me hard. But without the challenges, how will I measure my development? How will you know where you need to improve? How will you identify your weak areas?

In one of my earlier blogs, I spoke about the difference between fixed and growth mindset. If you have not read Dr Carol Dweck’s book, Mindset, you need to. Her explanation of the fixed mindset described my mindset perfectly. And I have recognised some of those old thinking habits fighting for their right to return during this present setback. But I have also recognised the growth mindset’s development as its rightfully claims its well-deserved position

It may Get Worse, But It’s Only Temporary

The scene was set, it had all been arranged, today was the day I was going to spend coming up to speed with my homework, but today nothing went according to plan, and as I walked from room to room trying to remain calm, and focussed, I became discouraged. I wasn’t about to give up, I was discouraged that yet another day had been spent trying to connect with my work instead of getting on with it.

I just wanted to study, learn and succeed, instead, I fond myself writing a blog about my emotional success and how somehow I am winning the battle of controlling my emotions as opposed to entertaining their suggestions.

Today I’ve had to shut down failure because that is so not going to happen. Ignore defeat, because I detest the additional emotional baggage it brings with it. Steer clear of comparing myself to others, because that will get you every time, convincing you that everyone else has the perfect life apart from you. And blot out self-loathing, because ultimately, what I tell myself is crucial and the last thing I want to do is feed myself words that tear me down at a time when I need uplifting!

But today has not all been bad. As a Christian, I am a firm believer of perseverance, and today that is precisely what I’ve done, perceived. My main objective was to protect my mind and guard my heart, so instead of entertaining negative thoughts, I prayed myself to sleep when things got too much and enjoyed the rest.

When I wasn’t praying I ensured others were praying for me as I sat trying to make sense of the words on my computer screen. When I felt like voicing a negative affirmation, I intentionally replaced it with what would benefit me the most, building myself up or tearing myself down? When I felt like I couldn’t, I told myself I must, and I did.

Academically I may not have got much done, but emotionally, mentally and spiritually I have held my corner, set myself up nicely for tomorrow and securely positioned myself the week ahead. By reaching out for help, not only do I now have the support of others, but others in my study group have also voiced their struggles and a zoom meeting has been set up for Monday to address my areas of weakness, which apparently is also an area of concern for others.

What’s interesting about this, is that I almost never reached out to my group for help, because my thoughts were telling me I would make a fool of myself and went so far as to suggest I gove up and leave the group altogether. This is why you can’t trust your emotions, and you have to learn how to identify your thoughts and their origin.

So what have my setbacks taught me.

What is one thing you will take away from this blog post?

How have you previously dealt with setback?

How will you deal with setbacks?

What have you learnt from your setback?

If you have enjoyed the contents of this blog, please do comment below, so we can get a conversation going and share it with a friend who you know will benefit from it