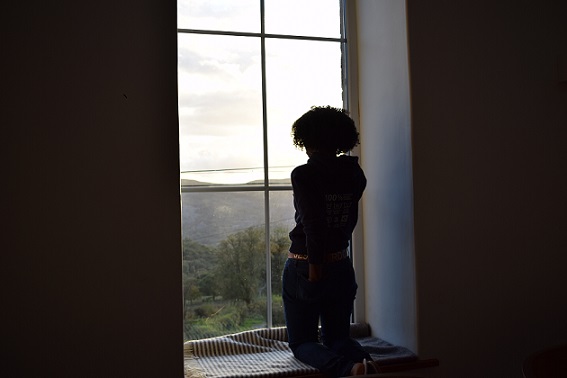 Managing my depression, I never thought I would use those words. It has taken me the best part of 40 years to realise I am living with a mental health illness that affects the way I view everything, which in return affects the way I behave. Today I live a life where I am managing my depression, but even though it no longer has the power to dominate my life, it still affects my life.

Depression is always there, it is like a dark heavy oppressive cloud that seeks to consume you. Some days it is a far off, others it is right on your doorstep. The difference between my life now and life prior to 2011, is that I have now learned to manage my depression. Depression is no longer the dominant ruler of my life.

Managing my depression means when things get me down I need to fight that much harder to stay afloat because what to many would just be a small setback, to me and others living with the mental health bug it can be viewed as utter devastation, regurgitating feelings of hopelessness, stirring up the remembrance of the constant tries and repeated failures which continue to get you nowhere.

Where some are spurned on to keep going until they succeed, others rest a while, recuperate before trying again, for me and my fellow suffers often it can be like resurrecting from the weight of death. The weight of defeat hits us hard. We literally have to will ourselves to crawl back into the world’s reality of how things really are, but we do so with the largest bolder of defeat and discouragement on our back. We do this with a heaviness that cannot be seen, only felt. A heaviness and oppression so intense, it makes you want to give up on hope, on life, because for many suffers, this is life.

When my first blog post received raving reviews and comments, I was thrilled, I was happy because I had succeeded in something and was looking forward to writing and engaging with others, answering questions and sharing my experiences. It felt good, I was positive and rearing to get blog number two out. When my second blog received little or no attention, defeat and discouragement were waiting to greet me. Their voice louder than that to a person who does not suffer from a mental illness, aside from their persuasive whispers came the emotions, the suggestions, the reminders, each bringing a weight and placing it neatly on my shoulders.

Great, so what I thought was going to be a good thing has now been added to the list of failures, the list of deep sadness and hopelessness, the list of lack of motivation to write my third post. The truth is the response to my second blog has not been too bad, I have had a few text messages, not as many as before, and a message from someone who felt it was so well written it was too close to home and had to stop reading. But my first thought was not one of logic, the first thought of someone suffering from mental health is usually one of devastation, followed by submerging deeper into that thought or if they are strong enough, frantically fighting to get away from it.

So now comes the fight as I push past my past, past the familiar ugly unwanted emotions, sounds, and scents. As I fight my way to the top for fresh air before I become engulfed in a sea of emotions strong enough to pull me into a place where everything seems hopeless. And all of this from one simple setback, a small defeat, a misconception, an off day or a simple mistake.

There was a time when such emotions would take me to that place, which I hated and detested, from which I struggled to break free. Where managing my depression was just a dream. Imagine getting up to face the world with a reality like I have just explained, bracing yourself, gearing yourself up, putting on your mask because no one wants to hear how you feel. All they see are your talents, what you possess, what you can do, but all you see is your reality. So now the world ignores you and in return, you start to ignore yourself, tell yourself you don’t matter, your feelings don’t matter, all the while trying to live life the worlds way because your way is a reality no one but you see’s.

So now you know what it cost me to get up and write blog number 3, what it costs a person suffering from mental illness to get out of bed, brush their teeth, have a wash and make it out of the door. Managing depression involves pushing these emotions aside, telling yourself that that part of you cannot take the lead in today’s events. Reprograming your mind to the fact that setbacks happen, and they are NOT the end of the world. It is hard work fighting your own emotions, especially when they have so much power.

The success of my past successes have been managed by the degree of strength I have found to manage my depression and push through overpowering emotions and have by no means been an easy fate. I guess this is why one negative remark receives such overwhelming responses. Why we gravitate to it more than the positive. When a positive remark is received, it is seen as a job well done, when a negative is received you feel its daggers in the pit of your soul telling you, “you have failed.” 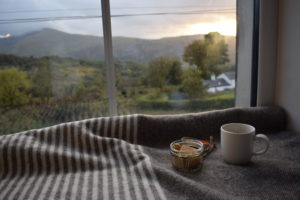 Today I am thankful to God that I am learning to manage my mental health, how to tread water in this area of my life, how to get up and fight. The cost of my fight is that my starting point may be different to yours.

The easiest way to describe it would be thus. A situation arises, someone says something bad about you and the way it affects you is measured on a scale of one to ten, one being the lowest. A mental health suffers would usually be hit way below five, a non-suffers round about the seven or eight. For the suffer fighting their comeback from a lower vantage point may take them a few more days, a few more conversations and a lot more motivation to get back up to ten. For the non-suffers, it may take s short pep talk or a simple shrugging of the shoulders to get them back up to a ten.

And there you have it, a better understanding of we are working with, what we are dealing with, how our brain works and process things. How someone like me managing depression is able to get up and face another day as a survivor and not a victim.

Everything I do is dependent on how well I manage my mental illness and thanks to my relationship with God the past seven years have been good. The fight has been intense because giving in is no longer an option, so after forty years I am starting to understand myself better, love myself more and appreciate how strong a woman I am because I am a strong black woman living with, BUT managing depression.