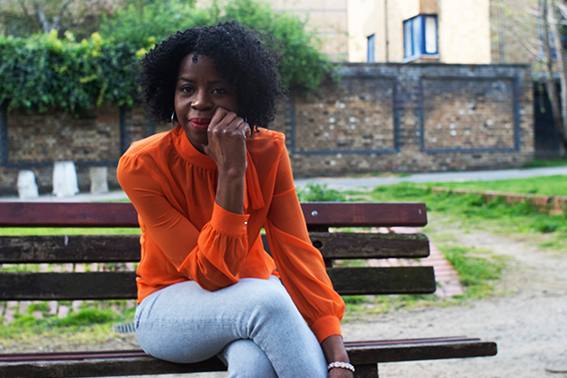 Having recently come through a week of mental health awareness, introduced by The Mental Health Foundation, I have to say I have found a new appreciation for life and my journey to this point in overcoming depression.

I used to think I would never be free, but after 35 years of living the nightmare circle, day in day out, change came at my weakest and most vulnerable hour. Uncertain of what lay ahead in 2011, I made a mental choice that “enough was enough!” Depression had ruled my life for so long, it was all I knew, all I consumed, all I exhaled.

My journey in overcoming depression commenced on Saturday 12th March 2011 as I boarded a plane headed for New York. Having secured 2 months unpaid leave from my part-time job I was as desperate to live as I was to die, one way or another I had to be free, and this was my last chance at trusting life to deliver on its promise that things would get better.

After 35 years of depression aged 42, I wanted more than life had offered me thus far. I wanted to be happy. I wanted to get married, have children, be earning good money. I wanted my relationship with God to be consistent. He had done so much for me, but He hadn’t saved me from depression, why?

As a Christian, I should have been more than capable of overcoming depression. Church had taught me Christian don’t get depressed. A lie that every depressed Christian has had to battle with. A lie that in my opinion has caused more damage than depression itself. The condemnation attached to that statement caused me to sink even deeper into depression with long bouts of sadness and anxiety.

at 42, I had sunk as low as I could go, I had outgrown the very pit I resided in. With no more room to manoeuvre, there were only two ways out, either I died where I was or I rose from its ashes. My desire to choose life had little to do with my faith or hope in life and more to do with the interesting relationship I was developing with God and the dream in my heart that I couldn’t ignore.

Having grown up in church, the word trust was constantly used. “Trust God to deliver you”, I had done that, but I was still depressed. and now blaming God for ignoring my cries for help. I had proven God and trusted Him in many areas of my life, but as far as my depression was concerned, I had little confidence anything would change and quite frankly was too scared to trust him with the most vulnerable area of my life. I was taking a chance on Him, placing all my eggs in one basket. I had a lot to lose. If this, whatever this was that I was about to do, did not work I would have taken my life, no doubt about it.

I was in so much emotional pain. I was tired, drained and fatigued. I had nothing to give the world. I was losing my mind, covering my steps so no one could see. I had become invisible. People saw my superficial shell, conversed with it, smiled and joked with it, but they didn’t see the endless flow of tears and pain that was ripping my insides apart depriving me of the will to live. Our bodies were not created to contain the thoughts attached to the emotions that trigger depression. The stress wears you down to the point of exhaustion and I was exhausted.

Had it just been about my depression, it may have been ok, but this was about everything. Depression, my faith in God, my choice of life, ministry, purpose, marriage, career, everything. This was huge and it was my last chance. In that final, scary, petrified, shaky, unknowing, uncertain step, I took every ounce of fear, screwed it up, pushed it aside and handed the reins over to Faith, Hope and Trust.
What did I want and did I believe it existed?

I wanted to be free, I’m not sure if I believed it existed, but I had a dream in my heart and in that dream I was free. If I’m honest, I didn’t want to work at it, I just wanted God to hear my prayer and miraculously heal me, and He did, I guess but not in the way I thought He would. I had to do the work, even if I went down the route of taking anti-depressants, I would still have to have done the work. There is no pill that can cure depression, you have to change the way you think and process things in order to become the change you want to be. Sounds harsh, but it’s true.

So what did I do? I started making the changes and each time I came to conquer an area, I believed I was done, it was over, I was free. Not so, each battle took me to another level where the process started all over again, but on a different level. It was like climbing a flight of stairs. They all look the same, but each step takes you higher until you reach the top.

I started telling myself the opposite of what I was thinking. I started recognising the emotions attached to my thoughts and changing the thoughts which in turn changed the way I was feeling. Yep, I know you’ve heard it all before, but some people need to hear it again, because this is what it takes to break free, work, not pills and counselling alone.

I put in the work. Some days were easier than others. Some seasons I walked around my house with the weight of depression pressing against my entire body, seeking a way to enter, and as tired, weary and fed up as I was I had to keep fighting and working through it. Work, that was the hardest part. Live alone and working from home was TOUGH! Trying to be creative, make cakes and write when you feel depressed is not easy, but I had to keep pushing. I started seeing a counsellor, took all the emotional flack from that as my mind told me it was a sign of weakness and I pushed through. For the past 8 years, I have fought tooth and nail for my life.

More recently I have started reading lots of books that have encouraged me, and I’ve not just read them, I have become them. Books are only helpful if you implement what you read and I have been doing a lot implementing. I have designed a morning routine which I work towards keeping, having a routine is the best thing ever, because after establishing it, it automatically takes over, pushing you on days when you really don’t feel like it. You have to do the work. If you want change, you have to do the work,

My best days are the days when I’m under it, I fight and win. Yesterday was one of my best days, why? because yesterday I kicked ass, yep, I sure did. I woke up feeling tired, I didn’t write. I struggled to do my affirmations, fell asleep while praying and concluded I would go back to bed for a bit.

I woke up at 10am, 6 hours after my usual rising time and felt utterly hopeless, useless and lost. I did a few jumping jacks to get the old adrenaline going, stumbled around the house trying to get my thoughts together and with each second that past I was feeling worse. Back in the day that would have been the perfect excuse to go back to bed and leave everything until tomorrow, and every emotion was willing me to do so, but I hated the way I was feeling. I hated the fact that with each moment I entertained the way I was feeling my focus on life began to dwindle. I was still pushing through and the more I pushed the more they fought back.

If you want to live, you have to learn to fight and yesterday was a perfect fighting day. Boxing gloves on, I got up, washed my face, brushed my teeth and started giving myself a good talking to as I fought back. Affirmations were out, mantra’s where in full force, prayers were going up and I was fighting. I fought until I came through on the other side. By mid-afternoon I was smiling, not because anything was funny, but because I was working through my to-do list and way ahead of schedule. I had won the battle of my mind and I was smiling because all my tears, sweat and bloodshed during the discipline seasons were paying off. It felt great to look back on what I had accomplished yesterday, knowing how the day started and how it could have ended had I not learnt to take control of my thoughts, which dictate the way I feel and act.

Because of what I did yesterday, I am set up for today. If we stay consumed with our negative depressive thoughts they will dictate how we live our lives. I don’t know about you, but that is not the way I want to live. If I have to fight to overcome depression, then that is what I’ll do because it sure beats laying there and taking everything it chooses to throw at me.

This is me overcoming depression