The Mess Behind My Success 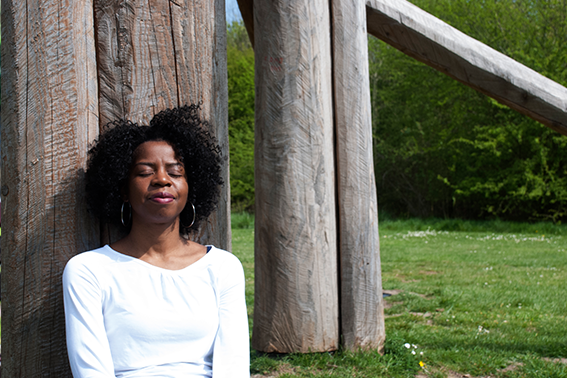 15 years ago one morning in prayer I heard God speaking to me. He said it was time to leave my fulltime carer as a chef and my business Jems Caterers to prepare for ministry.

I was petrified, timid, full of fear and didn’t think anyone would believe in me, in fact, I thought they would laugh me to scorn. I was confused, not by what I knew to be the voice of God, but my inability to believe in myself, that I was someone of relevance, let alone someone God could use.

If you read my first book you will know a little about my story and how I came to a place of being able to manage and overcome my 35-year battle with depression. the pinnacle changes happened in March of 2011, but it all started in 2004 when God told me I had to leave my job to prepare for ministry.

At the time, that looked to me like a preachers post, and I am no preacher, a teacher yes, but preacher….. Not for me. After much deliberation, I left my job, with no idea of what the next step was. I didn’t tell anyone what God had said to me because I was too ashamed and felt they would laugh at me. Who was I that God would want to use me? I told God I was not biblically educated and my past did not qualify me to minister to others. Laying in bed thinking about what I had just walked away from, and the unknown God was asking me to walk into, I called myself some not so nice names, and was overcome with so much fear, I was too scared to leave my house.

I was depressed, severely depressed, unable to get out of my bed depressed, laying in a dark room with the curtains drawn depressed, hopelessly depressed. When I looked at my future I felt sick, when I looked at my past I felt dreed. During that time what others saw was a talented, successful woman who had just left her job and was about to jet off to America for three months. While some envied me, others praised me for my successes in life and the brave way in which I concurred them. What they did know was I was about to get on a plane and fly to New York, a place I disliked with a passion with absolutely no idea of where I would be staying when I landed.

Why am I telling you this? Because people see you, they think they know you but have no idea what you are going through or where you are truly at. The few conversations I embarked on with others during that time, trying to make sense of what God was saying to me and showing me versus what I knew of myself, left me even more depressed, because no one could see my turmoil.

“Trust in God,” they said, “Have faith,” they said. Are you kidding me, it was faith that had got me thus far, but having faith and walking in it does not always mean everything in life is wonderful with cherries on the top. Let us be real here, just because God tells you to do something does not mean you won’t be challenged, experience doubt or be scared.

I obeyed, I even got on a plane and flew to New York, with absolutely no idea where I would be staying when I landed, just because God told me to, but I was still scared, still doubtful and depressed. What kept me was my obedience to obey, but the emotions I was experiencing were real. Judging by the stories of some of the biblical patriarchs, I was in good company, even Jesus faced deep sorrow in the garden of Gethsemane and let’s not get started on Jonah, Jeremiah, Moses or Elijah.

My journey from that time until now has been challenging and often lonely. Even today people still praise my achievements, but they don’t see what goes on behind the scenes. Don’t get me wrong I’m not being negative, I just want people to understand that being successful can look very messy and confusing behind the scenes and if you look at the lives of those around you it is easy to become discouraged because all you see are their successes and you judge the mess of your success by the fruit of what you see others bearing, but trust me, behind the scenes, its all kicking off for them too, possibly even worse than yours

This year I was constantly praised for my commitment to completing my second book, rising at 4am every day to write. People saw me and commended me for my sacrifice. That was great, but what they don’t know is that I started and stopped millions of times since God told me to tell my story 14years ago. Yep 14 long years. I failed on my 4am commitment when some mornings I didn’t get up till 4:30 or 5am due to sheer exhaustion. I only hit my 1 chapter every 2 weeks target three times, resulting in me having to take 2 writing holidays, one in Scotland, the other, here in New York. Yes, I’m going to reach my target to complete it by Tuesday 20th August, before I turn 50 on Wednesday, but my point is, it got messy in-between and I was disobedient because it should have been completed years ago.

Jemz Cake Box, while everyone praised me for being commissioned to fly this cake to New York for a customer, what they didn’t see was the rate at which my feel where paddling underwater as I managed cakes going out the day before I left as well 2 wedding cakes the day after I left, plus a GRG Away day the weekend before. Wow you say, God kept you. Yes, but attached to that was some poor planning and again some spiritual disobedience

Had I not been overcome by fear 5 years ago, I would have accepted the offer from the person who wanted to invest in Jemz Cake Box, which would have meant I could have flown to America with ease knowing my staff was taking care of the cakes that went out after I left. I wouldn’t have had to turn away the last 2 weeks work because I was out of the country and I would have been having a vacation now instead of writing.

Again, not being negative, Thank God He works everything out for our good, but there is still stuff that goes on behind the scenes, some down to sheer growth and stretching, some due to disobedience, and the rest down to life experiences, all of which include mess behind the scenes,

So, in closing this very, quick blog I stopped by to share, be encouraged. I post stuff on social media, I write blogs, I host retreats and away days centered on intimacy with God, I am still trying to accumulate my charity status for ABCD, and hope to be able to allocate the time to that once the book is finished. I run Jemz Cake Box, which I will be taking out of the house, by Gods grace before the end of the year, that is my goal. I lead praise and worship at church and I have this cute guy with whom I like to spend time with and would love to do more of in the future.

I am learning as I go along to organise my mess so I don’t add to it, and poor planning, not listening to God, being disobedient and giving in to fear will not only add to your mess, they will keep you going around in circles until you break the cycle. I decided it was time to break the cycle of the mess behind my success